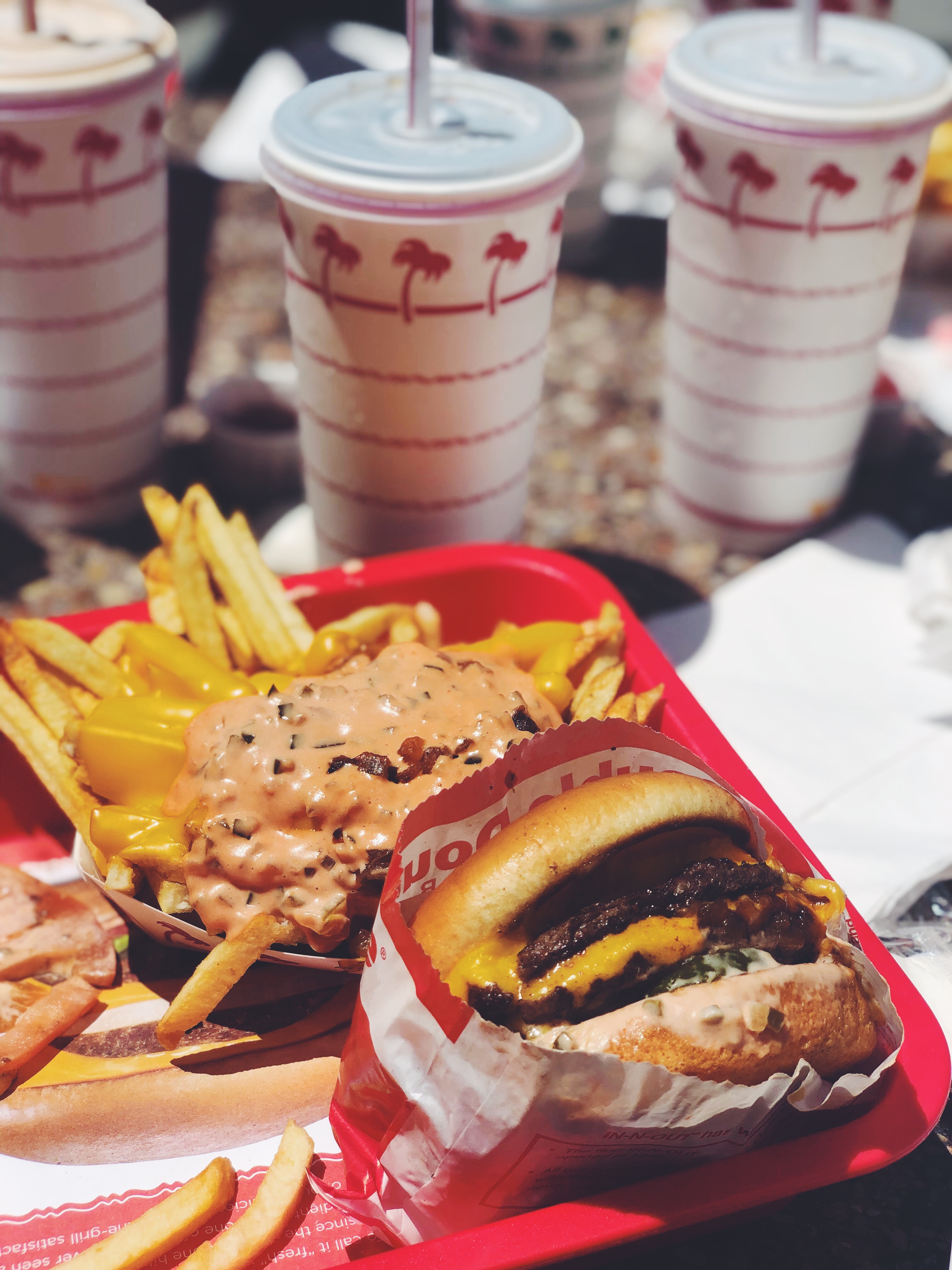 Next up, we walked around Golden Gate Park for a couple hours. There was lots to see – an orchestra concert, kids on playgrounds, pretty landscaping, a few dogs, some PDA – but the best part was the Japanese Tea Garden.

[ P.S. I’m wearing the lululemon Ready To Roll Crew in the color Shibori Gris Magnum in these pics. It was a perfect layering piece for the combination of warm sun and cold wind. Madewell Curvy Jeans + RayBan Clubmasters + Nike Platform Sneakers]

After a long walk around the park, we headed to our AirBnB in Mill Valley. I’m so excited we’re staying in a house vs a hotel this trip. It’ll be fun to be in the same place in the mornings and evenings instead of split up into different hotel rooms. Plus, the views from this house are incredible!

We did have one interesting little thing happen tonight while we were at the grocery store stocking up on snacks for the week … It’s funny, because we had just discussed the Erica Thomas/Eric Sparkes news story the night before.

While in the checkout line, we witnessed a verbal fight between two guys after one man (we’ll call him Nervous Guy) made multiple attempts to jump the line and another man (we’ll call him Zucchini Guy) confronted him about it. And when I say “confronted”, I just mean Zucchini Guy told Nervous Guy he needed to get behind him in the back of the line. Nervous Guy spazzed out, started cursing at Z-Guy loudly and inched forward until he was basically touching our cart. At this point, our group was separated: the cart + two of us in front of Nervous Guy and three of us left standing behind Nervous Guy. I repeated multiple times that we were together in a group while N-Guy continued to accost Z-Guy with phrases such as “you don’t know what kind of day I’ve had”, “I’m in a hurry; I just want to get home”, “you don’t know who I am”, “no one tells me no”, “you’re a selfish, self-centered a**hole” and the wildly confusing “look at my body”. Let me point out that Z-Guy had (no joke) two zucchini. That’s it, folks. N-Guy had three bottles of sparkling water, three salsas and a couple bags of tortilla chips.

Luckily for us, N-Guy’s attention was solely focused on Z-Guy and we were able to easily get in front of him, reunite our group and carry on with our purchase. Unlike the Thomas/Sparkes case, this one ended in a positive manner thanks to some sort of calming, deescalating voodoo from Z-Guy. In response to N-Guy’s “you don’t know what kind of day I’ve had”, we overhead Z-Guy say, “you don’t know what kind of day I’ve had” as well as something along the lines of “it didn’t feel good to have you talk to me like that.” They continued talking while our groceries were rung up and bagged. By the end of it, Zucchini Guy was able to actually get Nervous Guy to apologize and move behind him to his rightful place in line. It was pretty amazing to witness actually – the power of a compassionate conversation vs meeting aggression with aggression.

Plant mail is the best mail 🌱 Excited to add these two little Monstera standleyana albo variegata to the collection.
Does this count as meal prep? 🍕 | Which dipping sauce would you choose: Chedder Popped Jalapeño or Garlic Smashed Buffalo?
Just a girl and her new 🍋 tree
SUMMER READS || Only 2 days in and already on page 216. 📖 Join me in reading City of Girl’s by Elizabeth Gilbert and join lululemon 🍋 + Penguin Random House 🐧 for a virtual book club discussion with Gilbert herself on May 24th at 6pm EST on IG Live. || [ LINK IN BIO or http://liketk.it/2ORi1 ] .